Book two, just as good as the first! 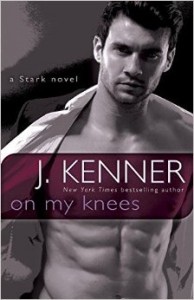 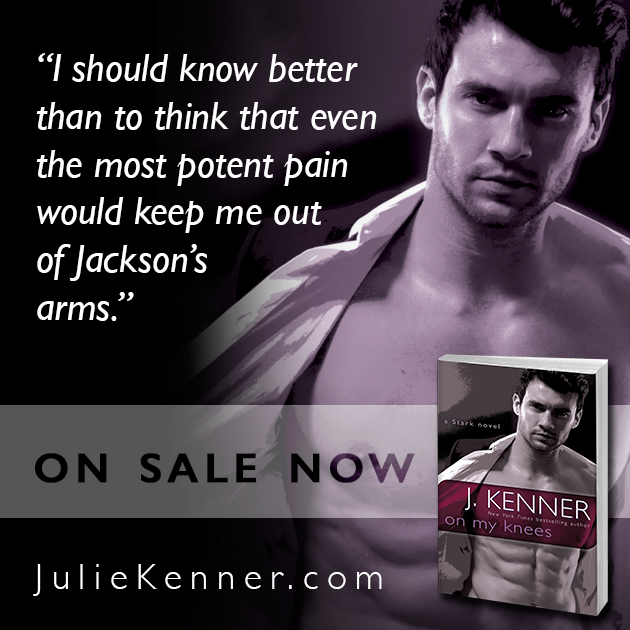 J. Kenner has brought us yet another amazing story from the Stark universe!  On My Knees picks up right where Say My Name left off. If you have not read Say My Name, this review may contain spoilers.

Jackson Steele is throwing back a few drinks at the bar. He's going to need them. Telling Damien his family secret isn't going to be easy, but he needs to do it. Upon entering Damien's suite, he finds his girlfriend, Sylvia Brooks, taking notes and discussing business with Damien and his wife Nikki. Thankful that Sylvia is there for support, he fills Damien in on their connection to Jeremiah Stark, he's both Jackson and Damien's father. Damien's facial expression remains unchanged and he thanks Jackson and sends him on his way. Then, a few moments later,  just as Sylvia was on her way out as well, Damien tells her to fire Jackson. She cannot believe the position she is put in, having to fire her boyfriend from a project he desperately wants to do?

Sylvia and Jackson make their way through more than just Damien's temper in this book. They are still holding back secrets and telling half-truths. But secrets always seem to surface, most of the time when you least expect it. Facing the reality that a couple of those secrets may be made public, Jackson and Sylvia will do everything in their power to make sure that doesn't happen.

I breezed right through this book, just like the previous one. It's so entertaining! A little bit more fun, also, as Sylvia and Jackson become more comfortable in their relationship. Oh, and just wait until you get to the ending! I wouldn't have seen that twist coming if it was a flashing neon sign. Took my totally by surprise. Although, I don't believe the person they are trying to blame is the culprit. I have an idea who the real perpetrator is. Highly recommended! (But you should read Say My Name first.)