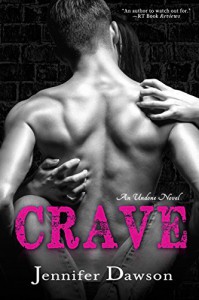 Eighteen months. That's how long Layla has been going to the club to get her fix. Eighteen months since her world was destroyed. She's been living like a drone, just going through the motions of everyday life. Until she meets him.

He tells her his name is Michael, instantly breaking one of her rules-no names. She can't stop thinking about him, even when feelings of guilt and betrayal enter her mind. She tries to keep her distance, but in the end, she's weak. She knows she won't be able to stay away. He's already broken through her barrier.

One thing that this book is not lacking is intensity. From start to finish, you're practically in Layla's shoes, feeling all those raw emotions going on inside her head.

There was a point in which I thought Michael was being too controlling, but then I realized that was exactly what Layla needed, to break out of the self-made cell she was imprisoned in. After that, the book got better for me. One of my favorite parts was, at the end, when she's sitting in the graveyard and she feels the breeze blow through her hair. It was like a sign of approval.