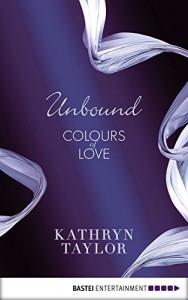 OMG, Kathryn Taylor, how could you leave me hanging like that? I really need to know what Jonathan was going to say. Aahh!!

Before you ask, yes this book has a storyline we are all somewhat familiar with. The rich CEO meets a 22 year old student who is interning at his company. He doesn't exactly do relationships; she thinks she can handle that. The similarities to Fifty Shades only means that you will probably like this book, as I did, if you are a fan.

Grace has flown to London for her internship at Huntington Ventures. While getting ready to head to the subway so that she's not late for her appointment after getting off the plane, she spots Jonathan Huntington, the CEO and her new boss. Thinking that he's there to pick her up, she heads over to him and introduces herself. He gives her an odd look, then greets a few Japanese men who have came up behind Grace. She then realizes, he's not there for her. Why would the CEO be picking up an intern? Completely mortified, she heads in the direction of the subway. But Jonathan catches up to her and grabs her arm, telling her to come with him. They are heading to the same place anyway and his Japanese friends won't mind.

While sitting next to Jonathan in the limo, Grace gets the odd feeling that Jonathan and Yuuto Nagako (the Japanese man Jonathan introduced her to) are talking about her. She's not certain because they are speaking in Japanese, but she doesn't like the way Mr. Nagako is looking at her. When they reach Huntington Ventures, Grace meets Annie, whom she has the appointment with. Annie and the receptionist are shocked to see her walk in with Mr. Huntington, even more so when they realize he has given her a ride from the airport. It seems he doesn't normally do those sort of things.

On her second day of work, Grace gets called to Jonathan's office. He tells her he wants her to work with him. Realizing what an opportunity that is, she accepts. Annie warns her about getting to close to Jonathan. She tells her that women have tried before and failed. Although, he's never shown as much interest in other interns like he has her.

This story just moved right along. I was a little surprised at how quickly Grace started to feel something for him but he seems to be pretty darn irresistible. Not many women can pass up a man with a British accent and dark hair with blue eyes. She decides not to pay any heed to all the warnings she got about Jonathan, and he may just end up breaking her heart.

There is a cliffhanger ending, just in case you couldn't tell that from my earlier rant. Believe me, it's going to make you want the second book right away. I cannot believe it just ended like that. I hope there is more about Jonathan's past in the next book and how he is connected to Mr. Nagako. What happened during the time he spent in Japan?

I really enjoyed this and if you're not too hung up on it being like Christian and Ana's story, then you'll like it too. I recommend it!