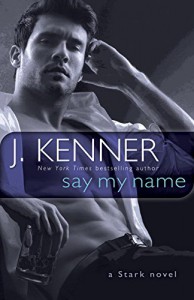 After years of being Damien Stark's assistant, he has finally made Sylvia a project manager of an idea she proposed to him. She is overjoyed. That is, until architect loses his grip on reality and moves to Tibet. Now, she has only one choice if she is to save her project...she needs Jackson Steele as her new architect. The only problem is, this is the same man she broke things off with five years earlier.

Jackson refuses to schedule an appointment with Sylvia, which only forces her to attend the premiere of Stone and Steele, a documentary bases on Jackson's career. When she finally spots him, and he notices her, he acts like he's never laid eyes on her before. But she is determined to speak with him. When she finally gets the chance, he tells her the only way he will take the job is if he gets her in his bed, like he did years before. She wants her project to happen so badly, that she agrees. Not to mention the fact that she hasn't stopped thinking about him since she asked him to leave her. But she's also terrified because Jackson brings out the nightmare from her past, from when she was just fourteen years old, even though what happened had nothing to do with him.

Sylvia and Jackson try desperately to mend the things that were broken between them in Atlanta. Jackson becomes somewhat of a personal therapist, telling Sylvia exactly why she feels the way she does. But he has his own hidden truths and he's not quite willing to share yet.

I have to confess, I have not read any of the other Stark novels. I know, I must be insane! There were some tiny spoilers in this book, but nothing too bad. So if you're in the same boat as me, (although, I think I may be a loner) then don't worry, Say My Name can be read as a standalone. It's also the beginning of a new Stark series.

Confession #2: It did take a while for the story to get going for me. However, I think that was my fault because I couldn't stop kicking myself over not reading the first books yet. Once it did pick up, though, I didn't quit reading until my Kindle would no longer turn the page.

I was so caught up in Sylvia and Jackson's story that I could almost feel her panic and heartbreak near the end of the story. I am also proud of myself for knowing Jackson's big family secret the moment he mentioned his childhood situation to Sylvia. Yay me!

Anyway, whether you have read J. Kenner's other Stark novels or not, this is one you won't want to miss. I can't wait to read the next book. There are still some mysteries that need to be unraveled. Highly recommended!