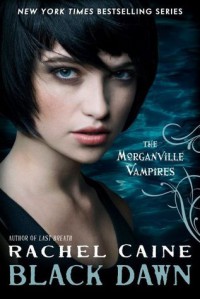 I was so excited to visit Morganville again! It had been a while since I had read the previous book. I was not disappointed. It's amazing how the storylines are so unique even after 12 books. There is just so much life in these characters that it seems they could be real (if there was a Texas town ran by Vampires.) They risk everything for each other and to protect their town. Also, I love the different point of views in the book, such a great way to get inside the character minds.
Now, in previous books, I admired Amelie. Her compassion for the humans was unprecedented. After she has been taken over by the draug, she seems to be a different person. She suddenly wants to change the rules and none of them look good for the humans. I think there may be trouble ahead in the next book with her new personality. Myrnin is psychotic and uncouth but he cares for Claire like no other vampire. Even if he does kidnap her and use her as bait, he would never really let anything happen to her. At least, I assume he wouldn't... I was amazed with Olivers' devotion to Amelie, even when it became hazardous to his health. And I was in total shock when the draug pulled the silver knife out of Naomi...I know we will be seeing her again real soon. She has a crazy "take over the throne" notion. I was afraid we lost Shane there for a while. It was upsetting because he is one of my favorite characters. The love that Claire has for Shane, and vice versa, is what brought him through. I love any and all stories with these two crazy kids. Not to mention Michael and Eve, their trouble in paradise wasn't very reassuring, but I was super excited about the wedding. Nothing was going to stand in their way this time. They are definately made for each other. I don't think I will ever get tired of this series!